We can better describe Colonial design today if we use some of the historical references that are significant for its development. Originally, it was the term used for the architectural design during the European settlement in late 18th and the first half of the 19th century. That period started with tents, prefabricated Governor House, Government Store, houses built by the influence of British military architecture and some of the neoclassicist buildings with Greek and Egyptians motives…
Builders that learned in England and Europe to apply classic proportions had an expected impact on the formation of criteria of the colonisers. Some of the buildings looked like they transposed from Gregorian England in the Australian Bush. Here began the development of the self-conscious design that grew within the framework of the European tradition.
If we are taking over some of the conceptual solutions that were usual for that period, today, then we are using neocolonial style, and we opted for Colonial Skirting Boards Perth.

Because of Colonial style is the historical fact that is present in the homes of ancestors, at least in some of the fragments, a colonial design still has emotional connotations. That’s answer why are Colonial Skirting Boards so often choice when arranging living space – the place that reflects us.

Renovation of our living space is a challenge because we have to live in it. If we made the wrong choice or if we didn’t carefully consider  it, we can make double expenses. So, better to think about it!
There are several situations in which the use of Colonial Skirting Boards is more than desirable: renovation of a neocolonial style property and implementation in modern, minimalistic design. 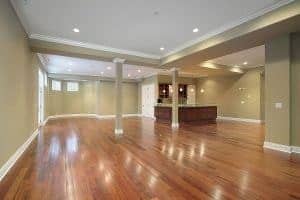 Neocolonial Houses has a modern, eclectic design that corresponds to colonial forms. The main characteristic and impression of such a space are a sense of an old luxury implemented by modern technology. The absence of any element that enables ambient of colonial style can disturb the whole interior. So, if we are making a renovation, we have to pick Colonial Skirting Boards inappropriate Colour.

Sometimes, arranging for minimalistic interiors could be difficult because it seems that our living space becomes functional but with the aesthetic shortcomings, somehow cold and sterile. This is the moment to think about interpolations, how to make space much more playful. Colonial Profile could be a logical commitment for the interpolation, and Colonial Skirting Boards could discreetly reflect our intent.

Contact Us today and get a free assessment and quote for professional services!